U.S. Supreme Court Justice Samuel Alito provided a history of abortion rights in the U.S. in his draft opinion for Dobbs v. Jackson Women’s Health Organization. His narrative, aimed at why the medical procedure should no longer have federal protection, focused on states making the medical practice illegal in the late 1800s and early 1900s. But both Indigenous people and historians have a more nuanced narrative.

Alito noted when each state in the U.S. codified laws regulating abortion. New Mexico outlawed the procedure in 1919. If his draft opinion, leaked in early May, becomes final this summer, the court will overturn Roe v. Wade. Part of Alito’s reasoning lies with the fact that abortion was banned in the U.S. for much of the nation’s history.

“Until the latter part of the 20th century, such a right [abortion] was entirely unknown in American law. Indeed, when the Fourteenth amendment was adopted [1868], three quarters of the states made abortion a crime at all stages of pregnancy,” Alito wrote.

However, Alito’s short history lesson ignored many other facts.

But before colonization, Indigenous people practiced abortion, Rachel Lorenzo, Mescalero Apache/Laguna Pueblo/Xicana and cofounder of abortion fund provider Indigenous Women Rising, has said many times. Lorenzo, who uses they/them pronouns, has called abortion “traditional,” and said that Indigenous people have “used plants and different things in the environment to help each other through abortion care.”

Lorenzo told NM Political Report that early Christian influence “has really impacted how we make decisions about our bodies.”

“We have already been self-managing abortion within our own communities before colonization and I’m sure sometime after,” they said.

“We don’t have a lot of knowledge about how that was done anymore. We’re still trying to gather that knowledge and spread it,” they said.

In addition, while states banned abortion in the late 1800s and early 1900s, sexuality and religion historian and sexuality podcast co-host Gillian Frank, told NM Political Report that by the time of the Great Depression in the 1930s, laws outlawing abortion had loosened. Doctors and hospitals began to ignore the bans, he said.

“Lots of towns had abortion providers even though abortion had not been legal since the late 19th century but in the context of the Great Depression and the economic strains, there was a real loosening and a lot of people who wanted them could get an abortion,” Frank said.

Frank said that another reason for abortion back then was that many women were forced to leave their jobs if they became pregnant. Many unmarried women wanted to continue on in the workforce, he said.

He said the reasons for an abortion were various in previous times and some motivations are known but many of the abortion stories have gone untold.

“Many abortion stories we have are when things went terribly wrong,” he said.

After World War II, a crackdown on abortion began and hospitals “began to increasingly regulate” abortion. At that point, states more stringently enforced bans that only allowed the procedure to save the life of the patient, Frank said.

Penicillin came to wide use after World War II for the first time and with the rise in antibiotics, more pregnant patients could be saved from life-threatening complications. This led to fewer reasons for abortion, Frank said.

Because of fear of litigation, public scrutiny, a crackdown from hospitals, people who could previously find abortion providers no longer could do so after World War II.

“So they’d do it themselves. There was a spike in deaths, botched abortions. A lot [of patients] came through the septic wards,” Frank said.

Then in 1962 an Arizona housewife and TV personality, Sherri Chessen, (known then as Sherri Finkbine) sought an abortion because she had taken a new drug sometimes prescribed for morning sickness. The medical community had just announced the drug could cause severe deformities in fetuses.

Abortions were still illegal in Arizona and elsewhere, but her doctor told the mother of four she could petition the hospital, go before a panel of men and likely receive the abortion. In 1969, New Mexico passed a law that required a similar process to seek an abortion.

But, Chessen was the TV host of Romper Room, a popular TV show for children. When news broke that she was seeking an abortion, a hospital administrator vetoed her petition, even though the panel of doctors had approved the procedure.

Chessen traveled to Sweden to get an abortion.

Frank said that just prior to Chessen’s ordeal, there was a growing awareness that abortion laws did not “reflect people’s lived behavior.” Professional experts had already started trying to reform the laws so “doctors can practice as they see fit,” Frank said. But what really “galvanized the public consciousness,” was Chessen’s story, he said.

“Here is a respectable television host, mother of four who doesn’t want to have a baby damaged by thalidomide [the prescription drug she had taken]. People saw this as a totally normal request. She flies to Sweden to get an abortion; there’s nonstop coverage of her trip, hundreds of articles about her,” Frank said.

Alito said in his draft opinion that abortion became a controversial topic after the court decided Roe v. Wade. But the feminist movement in the 1960s began to talk about reproductive freedom, Frank said. Then in 1972, Richard Nixon campaigned on an anti-abortion message when he ran for reelection, Frank said. According to a Supreme Court brief written by the American Society for Legal Historians and other scholars, Nixon was the first presidential candidate to run on outlawing abortion and sought to turn it into a wedge issue. Republicans called Nixon’s anti-abortion messaging part of his “Catholic strategy.” It was a way for Republicans to lure the Catholic Democrat vote to the GOP.

Even so, on the eve of the Supreme Court decision in 1973, the widespread consensus, from law enforcement to medical professionals, was that “abortion needed to be reformed or repealed so it’s left between the woman and her physician,” Frank said.

“It was seen as common sense,” Frank said, adding that this had broad bipartisan consensus.

Frank said that one of the side effects that occurred in the 1940s after the crackdown on abortions was that patients were “less able to find information on how to get one.”

In addition, the people willing to give abortions in that era were able to charge extortionist prices and the procedure became dangerous.

Frank called Alito’s opinion a “very disingenuous misreading of history and a misreading of the ways in which abortion historically has been used in this society.” He called Alito’s reading on the history of the right to abortion a “fundamentally dangerous proposition,” that could, “if taken to its logical conclusion” endanger many rights.

“Democracy has expanded over time through many struggles and one is the right to bodily autonomy,” Frank said. 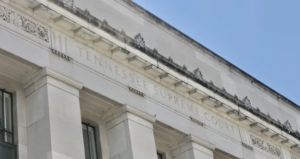