Ohio’s unemployment rate rose slightly in July, but the number of people in the workforce increased.

The state’s unemployment rate inched up from 5.2% in June to 5.4% in July, but the state’s labor force participation rose from 60.2% in June to 60.5% in July, a positive sign, said Rea Hederman Jr., executive director of the Economic Research Center at The Buckeye Institute and vice president of policy.

“July’s jobs report is the first one that shows the impact of Governor [Mike] DeWine’s wise decision to end Ohio’s participation in the Federal Pandemic Unemployment Compensation Program, which a study from the Federal Reserve Bank of San Francisco found led to more unemployment,” Hederman said. “It is clear the DeWine Administration made the correct decision and efforts to force Ohio to reverse this decision – one that even the Biden Administration believes states have the authority to make – are wasting taxpayer resources and would keep workers out of the job market.”

The July jobs report from the Ohio Department of Job and Family Services showed the small increase in unemployment, and it showed an increase in private-sector job creation. The 21,300 new private-sector jobs are the highest seen in Ohio since January, and the hotel and restaurant industry – one of the hardest-hit industries by the COVID-19 pandemic – created 8,000.

“Overall, Ohio’s private sector has added 50,000 jobs this year – more than 40,000 of those being added in the past two months alone,” Hederman said. “Simply put, more Ohioans are working, and the number of new jobs is climbing. Despite this positive report, Ohio needs to add nearly 250,000 private-sector jobs to get back to its pre-pandemic levels, and unless job creation accelerates in the second half of 2021, Ohio is still a long way from seeing a full recovery.”

This article was originally posted on More than 21,000 jobs created last month in Ohio 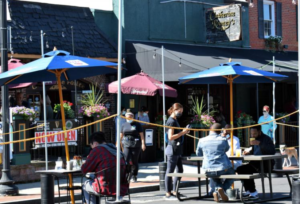 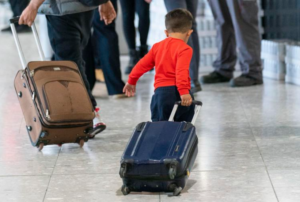