The Colorado Supreme Court on Monday blocked a statewide ballot initiative that purported to expand animal cruelty regulations from appearing on the November 2022 ballot.

The Supreme Court reasoned that there are two subjects advanced in the initiative, which violates Colorado’s “single-subject” requirement for state statutes.

The proposed ballot measure — known as Initiative 16 — would have imposed new restrictions on animal husbandry that required ranchers to wait at least one-quarter of an animal’s life before sending it to slaughter. Ranchers found in violation of the statute could have been criminally charged. The measure would have also expanded the state’s statutory definition of animal cruelty to include artificial insemination and other penetrations “however slight,” according to the initiative’s text.

“Although the central theme of the initiative is incorporating livestock into the animal cruelty statutes, redefining ‘sexual act with an animal’ strays into a second subject by addressing the bodily integrity of all animals, not just livestock,” the 27-page opinion reads.

The court added that the two subjects invite a “potential for the very kind of voter surprise against which the single-subject requirement seeks to guard—here, voters might not understand that what is nominally a livestock initiative also affects the care of all animals, or vice versa.”

Initiative 16, also referred to as the PAUSE Act, was approved by the state’s Title Board in late April and immediately drew the ire of rural communities and the state’s agricultural community.

The town of Gypsum adopted a resolution that described Initiative 16 as “an industry killing effort” that would be disastrous for “farmers, ranchers, meat cutters, veterinarians, and other related industries.”

The initiative was backed by Colorado Pause, which says on its website that the measure intends to “define animal abuse for farmed animals; while allowing for animal agriculture to exist.”

The organization did not immediately respond to a request for comment. 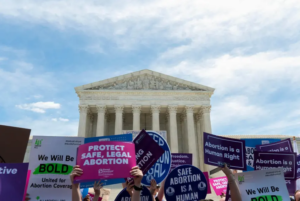