“Continuing our fight against this unconstitutional mandate is necessary to guarantee that IU students receive the fair due process they’re owed by a public university,” Bopp said in a statement sent to the media. “An admitted IU student’s right to attend IU cannot be conditioned on the student waiving their rights to bodily integrity and autonomy and to consent to medical treatment like IU has done here.”

The emergency application for writ of injunction was sent to Associate Supreme Court Justice Amy Coney Barrett, who is assigned to review cases coming out of the Seventh Circuit Court of Appeals.

Bopp is requesting she issue a decision by Aug. 13, 10 days before the start of IU’s fall semester Aug. 23.

Indiana University announced its COVID-19 vaccine mandate May 21, outlining what it called “strong consequences” for all those who did not comply – students would have their classes canceled and email accounts cut off, the university said, and employees would be fired if they hadn’t gotten the vaccine by the start of the fall semester.

The university said exemptions would be “strictly limited to a very narrow set of criteria, including medical exemptions, and documented and significant religious exemptions.”

Students were told they needed to get their first dose of the vaccine by July 1 in order to be fully vaccinated by the start of school.

In response to angry calls from parents and a letter signed by the majority of Indiana’s state senators (all Republicans) expressing concerns with the mandate, IU softened its position, and began to grant all religious exemptions. But those students were told they would need to continue to wear masks, would likely be prohibited from attending certain events on campus and would be subjected to frequent testing.

Then in mid-July, the university introduced an ethical exemption, allowing students and employees who don’t qualify for a medical exemption and do not want to object on religious grounds to cite personal ethics as a reason for not choosing to get the vaccine.

The U.S. District Court for the Northern District of Indiana upheld the mandate in July, and a three-judge panel with the Seventh Circuit Court of Appeals also sided with IU, saying if IU students didn’t want to get the vaccine, they could go elsewhere.

Bopp said his firm filed suit “to preserve students’ rights to bodily integrity and autonomy and the right to consent to medical treatment.”

“Both the district court and the Seventh Circuit Court of Appeals denied students request for an injunction, based upon a standard of review that gives great deference to IU’s decision,” he said in a statement. “Both courts based their decisions upon precedent that is over a century old. Since 1905, the U.S. Supreme Court has handed down many cases which supports students’ claim that their constitutional rights have been violated by IU’s mandate, and that IU has the burden to prove its mandate passes constitutional muster.”

Bopp said both the district court and the appeals court applied the wrong law to the students’ claims, saying “mental patients who have objected to antipsychotic drugs have received greater consideration from the courts than have the students here.” 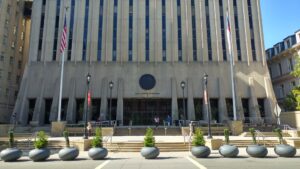 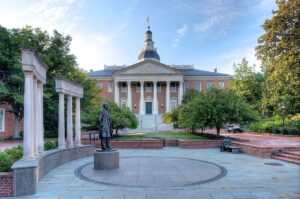 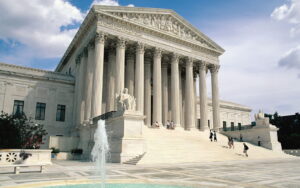