The Virginia Supreme Court appointed two special masters to redraw the state’s Congressional and state legislative maps with unanimous support from the justices.

Republican and Democratic legislative leadership provided the justices with a list of nominees who they recommended to draw the maps. One of the map drawers was chosen from the Republican list and the other from the Democratic list to try to prevent the maps from favoring one party over the other.

Sean P. Trende, chosen from the Republican list, is an election analyst with RealClearPolitics and a nonresident fellow with the right-leaning American Enterprise Institute. Bernard N. Grofman, chosen from the Democratic list, is a political science professor at the University of California, Irvine and has published works on voting rights and civil rights. He was a special master in the 2015 Congressional redistricting in Virginia.

Although the two men were chosen from partisan lists, the court ordered them to be neutral in their decisions. The special masters are prohibited from consulting political parties, partisan groups or any entity other than their support staff when creating the maps.

“Though each was nominated by legislative leaders of a particular political party, the nominees — upon being appointed by this Court as Special Masters — shall serve as officers of the Court in a quasi-judicial capacity,” the justices wrote. “Consequently, the Special Masters shall be neutral and shall not act as advocates or representatives of any political party.”

The court requested the map drawers to submit one proposal for a Congressional map, a House of Delegates map and a Senate map as soon as possible, but in no longer than 30 days. The maps must comply with state and federal law.

Virginia voters approved a referendum last year that established a bipartisan redistricting commission to redraw maps, rather than keeping that authority in the state legislature. The commission was meant to prevent partisanship, but almost every vote to establish new maps failed along party lines. Under the rules of the referendum, the commission’s failure to submit maps requires the court to appoint special masters to handle the map drawing. 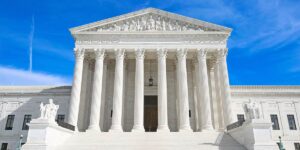 Supreme Court could redefine when a fetus becomes a person, upholding abortion limits while preserving the privacy right under Roe v. Wade