Families of people killed by police in Washington will have more say in how inquest juries treat death investigations, the Supreme Court of Washington has ruled.

The 48-page ruling addresses a lawsuit filed by the families of Damarius Butts, Isaiah Obet and Charleena Lyles and seven other people killed in King County by law enforcement officers in 2017. The lawsuit was filed over a hold on inquests— or fact-finding hearings which identify responsible parties—into all three cases by King County Executive Dow Constantine in 2018.

That hold was intended to allow reforms ordered by Constantine in 2018 to take effect, allowing inquest juries to include victims’ families in the process and force officers to testify in pre-trial discovery. Under the order, police attorneys may not appear on behalf of their clients. When accused officers in Butts’ killing failed to show, the inquest was left in limbo. The 19-year-old’s family then sued in 2020 to force the officers to testify.

Since then, the King County Sheriff’s Office and police agencies in Seattle, Kent, Auburn, Renton and Federal Way sued Constantine to overturn the inquest reforms. In July, King County Superior Court Judge Julie Spector ruled in their favor before King County appealing the lawsuit to the state supreme court. On Thursday, all nine justices on the high court upheld the bulk of Constantine’s inquest reforms, ruling he was well within his authority to order them.

Law enforcement agencies accused the inquest reforms of being biased against officers, depriving them of their Fifth Amendment rights and placing excessive costs onto agencies with extensive records requests. The court disagreed.

Justice Debra Stephens asserted in the court’s opinion that “[t]here is no blanket Fifth Amendment right to refuse to answer questions based on an assertion that any and all questions might tend to be incriminatory.” That right applies in court once a question is asked in full and not before, Stephens wrote.

The families, the high court ruled, were entitled to inquests in lieu of a “plain, speedy and adequate remedy in the ordinary course of law.” The high court also ordered the officers involved in the killings of Lyles and Butts to testify in court.

“The Families are correct that the law requires inquest juries be able to examine the involved officers and to decide whether those officers killed Butts, Obet, and Lyles by criminal means,” Stephens wrote. “Accordingly, we vacate the superior court’s order and remand to grant in part the Families’ petitions for writs of mandamus.”

On Thursday, Constantine praised the judgment for upholding what he called the core tenets of the inquest process: fairness, accountability and transparency.

“Today’s unanimous court ruling has affirmed what I said when I issued my executive order in 2018: a reformed inquest process will provide families, law enforcement officers, and community members with greater transparency and accountability,” Constantine said in a statement.

The Center Square has reached out to The King County Sheriff’s Office and the Seattle Police Department for comment on Thursday’s ruling.

King County’s charter is among the few in Washington to require inquest juries in every killing involving law enforcement. Most counties in the state rely on death investigations conducted by a medical examiner or a coroner. Under the reforms, families of people killed by law enforcement will also be appointed attorneys by the county.

King county’s mounting backlog of inquests dates back to 2017 and includes 36 cases, including at least a dozen involving Seattle police.

A King County inquest into Lyles’ killing at her Magnuson Park home in 2017 has not been scheduled. Should such an inquest occur, it will not be a legally binding ruling, but it will allow King County Prosecutor Dan Satterberg to pursue criminal charges against the SPD officers involved if he chooses. 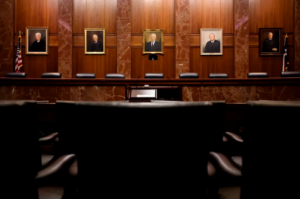 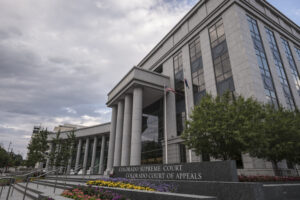 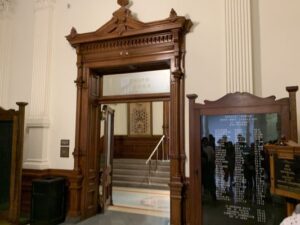