Enchant Energy is asking New Mexico lawmakers to introduce legislation that would clarify who owns the rights to the small cavities in geological formations that carbon dioxide can be injected into. These cavities are known as pore space.

Enchant Energy is hoping to take ownership of the San Juan Generating Station next year and retrofit it with carbon capture technology.

But one of the hurdles facing the carbon industry is property rights associated with pore space, especially in areas where there is a split estate, according to Enchant Energy Chief Operating Officer Peter Mandelstam.

These pore spaces, he explained, can be naturally existing or can be created when oil or natural gas is extracted.

Enchant Energy is not the first to push for this type of legislation in New Mexico.

Rep. Jack Chatfield, R-Mosquero, said the New Mexico Cattle Growers Association has championed such measures in the past.

Prior to the committee meeting, Mandelstam told NM Political Report that carbon dioxide injection into pore spaces in formations currently faces regulatory ambiguity that makes developers reluctant to invest for fear of lawsuits.

He went further in  depth during the committee meeting. Enchant Energy, in connection with New Mexico Institute of Mining and Technology as well as other partners, received federal grant funding to study drilling a Class VI well in the San Juan Basin that would allow for injection of carbon dioxide into deep geological aquifers. These Class VI wells require permitting from the U.S. Environmental Protection Agency under the Safe Drinking Water Act.

Mandelstam said they initially looked at a location on state land for this well, but changed to federal land due to the lack of clear state regulations surrounding pore space. However, the questions with permitting surrounding federal land led Enchant Energy to ultimately choose to explore private land options.

The ownership of pore space was one of three hurdles Mandelstam identified. The other two hurdles are long-term carbon dioxide custody and liability and regulatory jurisdiction.

Mandelstam suggested that New Mexico could charge a “reasonable injection fee” and recommended 10 cents per metric ton of carbon dioxide. This money would go into the state’s general fund, he said.

Additionally, he said the rules should allow the long-term liabilities to transfer to the state after a project is no longer injecting carbon dioxide. He gave the example of Enchant Energy being responsible for monitoring, reporting and verification during the time that the project is operational as well as for several years afterward prior to New Mexico assuming long-term liabilities.

The legislation Mandelstam proposed also allows for the state to charge annual regulatory and application fees, which would be determined by the Oil Conservation Division.

The OCD can currently regulate carbon dioxide used for enhanced oil recovery, which is different than permanent sequestration.

Mandelstam suggested the legislation should allow for a rulemaking process for carbon dioxide sequestration.

This legislation that Enchant Energy is pushing for would impact state lands. Mandelstam said Enchant Energy has also been in talks with federal lawmakers as well about developing regulations for pore space on federal lands. 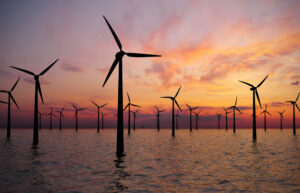 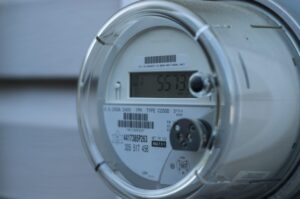 Colorado has among lowest energy bills in the country, study finds